Do NOT wait until the very last minute to print. As you know, it takes a 5-10 minutes per print and only one print can go through at a time. The 24 inch printer is still offline, so be sure to format your print documents for the 44 inch printer until further notice.

We had a very productive fact finding trip to the Leggett this morning! Here’s a checklist of duties to refer to prior to our final. We will set up between 9 and 10AM and will begin the screening of your videos at 10AM.

Your responsibilities prior to 9AM Tuesday, May 2:

You need to bring the following with you to our final:

I will send out an email advertisement and bring the following:

Keep this in mind when copy/pasting imagery!! 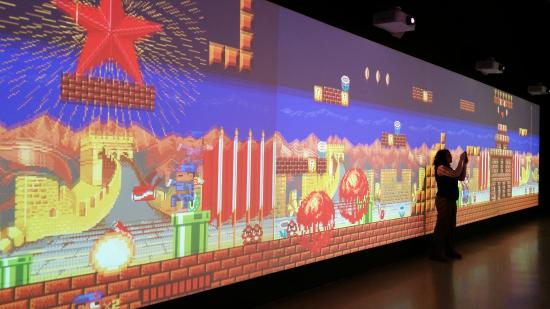 Gray’s original research post about her propaganda video can be found here. Use the following as a guideline for your research posts:

So… I switched my idea like I thought I would. For this conceptual project I want to point out the ridiculousness of objectification of women in advertising. I plan on making fun of the concept that “sex sells.” In these ads, typically women are objectified for the subjectivity of men. Generally, the target audience is men and women’s bodies are used to promote and increase sales. Not only is this demeaning to women who are used like props to these products, it reinforces the cultural notion that men are to be valued more than women. It justifies men and often blatantly, if not subliminally, reinforces many aspects of rape culture.

These ads are ever-present in media, showcasing a range of products and services that vary from fast food to banking services. The most common perpetrators seem to be in the fast food, car, and fashion industries. These will be the products that I will focus on in my project. I plan on using male models to point out the ridiculousness of this advertising strategy. Several of my guy friends will be posed ridiculously and act as if they are in the actual ads I am referencing. Wind effects, bright colors and various backdrops/backgrounds will be used to accentuate the message. I want the overall mood of the project to be light and bright–so that it doesn’t become the sleazy ads that I am critiquing.

I am contemplating the use of text in between scenes. This would point out the more subliminal sexual messages that ads use to manipulate consumers. Some are: “badadada I’m loving it.”  “How bad do you want it?”  “It’ll BLOW your mind away.”  “Always goes down smoothly.”  “What EVERYBODY is thirsting for.”  “You can never have too much of a good thing.” I would either freeze the last frame of the clip and have the text emerge or fade the clips to black and have the text appear before fading into the next clip. These transitions will be important for linking all the different scenes together.

-lingering shots–similar to the male gaze technique seen in art, literature, and cinema.

Music will be important because there will not be sounds or dialogue coming from the scenes. One route would be to use instrumental music and drop audio clips (from ads that have sexually implicit phrases) into the still frame transition. The other route would be to find one song that will unite the different scenes– it will either be slow, smooth jazz or maybe an upbeat pop-y or rock song.

Below: ADS THAT REALLY GOT ME GOING. (Click on the images for the sources.)

Here’s a link to Every Frame a Painting where Tony Zhou dissects popular films, successful editing, and other elements that go into cinematography.

I also pulled up these music videos:

Artists and filmmakers have been tasked with creating propaganda for ages; a few examples are as follows:

The Origins of Obama's "Fired Up, Ready to Go" Chant

The origin story of Barack Obama's famous "Fired up, ready to go” chant

or a more contemporary version: Blackfish

Another notable example of propaganda in the art world is the Guerilla Girls:

In the second half of the semester, you are all free to make images based on topics of your choosing under one general umbrella, to create a series of propaganda images and/or video. You must create propaganda using all three of the programs we learned in the first half of the semester (Illustrator, Photoshop, and Premiere). Fee free to work across all three programs while considering that evidence must be shown you revisited each program at least once to create your propaganda. Your propaganda does not need to be explicitly political, but your artwork should direct viewers toward a specific action and/or towards one side of a persuasive argument, be it non-linear or nonsensical.

You can approach this propaganda prompt in a number of ways while focusing on being as visually descriptive as possible through use of symbols, images, text, sound, people, places, items of importance etc. Be mindful of your topic and your choice of imagery/subject in addition to using Adobe’s editing capabilities to influence the audience towards action or an opinion. I encourage you to show us a series of propaganda artworks that expresses an opinion you care about, while carefully considering what cause you will be promoting (and how!). A great list of well-known propaganda images can be found here.

One of the most notable historic propaganda film directors is Leni Riefenstahl, whose films Victory of Faith and Triumph of Will promoted Adolf Hitler and the Nazi party in pre-WWII Germany. “Hitler saw Leni Riefenstahl as a director who could use aesthetics to produce an image of a strong Germany imbued with Wagnerian motifs of power and beauty” Source.  She also was tasked with recording the 1936 Summer Olympic Games in Berlin which resulted in her two-film series Olympia. Her cinematographic style is mirrored in multiple popular films today.

A research post roughly a paragraph long describing your proposed propaganda including inspiration, related imagery, and how you plan on using all three programs to express your chosen propaganda perspective is due Tuesday, March 21. A second research post following our informal critique that includes more description of your concepts, source imagery, chosen cohesive aesthetics, and time management planning is due Tuesday, April 4. Consider using these research posts as a way of developing knowledge of your topic and supporting your aesthetic choices with images and video from other artists, politics, popular culture etc. I will use this rubric to assess your research posts.

We will have two formal critiques of your propaganda artwork where you must present completed artwork and one in-progress critique. Be sure to post regularly on your blog about your progress.

A blogpost with links to your final images in JPG form and links to any video is due by our final exam meeting time on Tuesday, May 2 from 9-11AM. If you have printed images, they should be prepared and ready to hang by our final meeting time. We will be meeting in the Leggett Living Room unless otherwise informed. I will assess your work according to this rubric.

Consider the following as you approach this task:

Did you choose a topic you care deeply about? Can the audience discern your stance on said topic through your visual choices, imagery, and video?

Did you creatively express yourself through image making, moving images, and sound?

Did you use the editing and image creation abilities of Illustrator, Photoshop, and Premiere to advance your stance?

Did you purposefully choose a visual style suitable to your concept? Did you make specific aesthetic choices across all of your images to create a series of visually and conceptually related propaganda?

Did you clearly direct the action taking place in your video and/or photography? Did you show us a variety of angles, scenes, sounds, layers, effects, visual textures etc?

Did you edit your process, actions, and images according to group and individual feedback?

Did you follow through and execute your concept successfully? After experiencing your work, could an unsuspecting viewer discern a specific action to take or a change in opinion due to your propaganda?

As you finish your video projects, you might want to add a music file. When adding sound that isn’t connected to your video file, be sure to pick music that is listed as public domain or open source. Also be sure to cite your source by giving us the title and composer’s name as well as a link to where you got your file in your video’s description page on Vimeo.

Here’s a link to 10 public domain websites with free downloads. YouTube Audio Library is also a great resource for public domain sound. Be sure to download the correct file and do not click on fishy links so we can avoid bugs on our Macs.